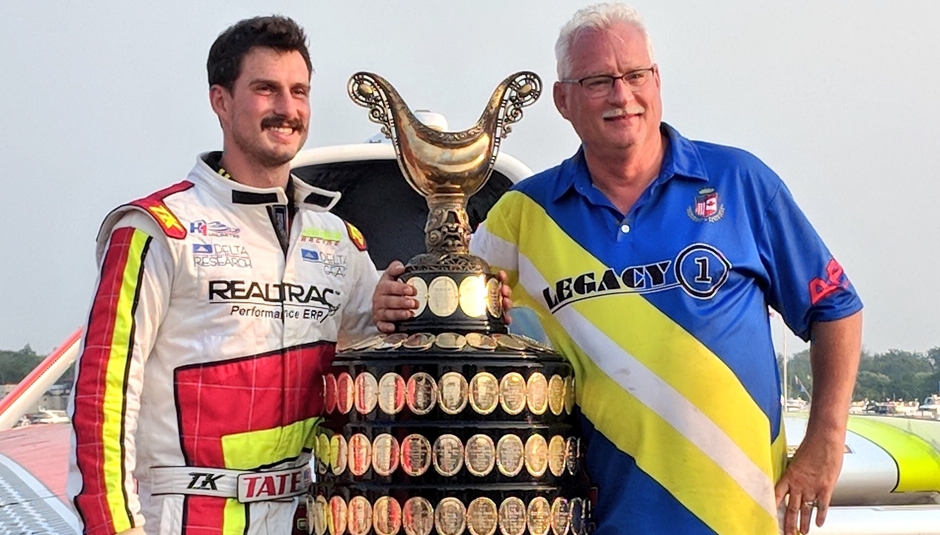 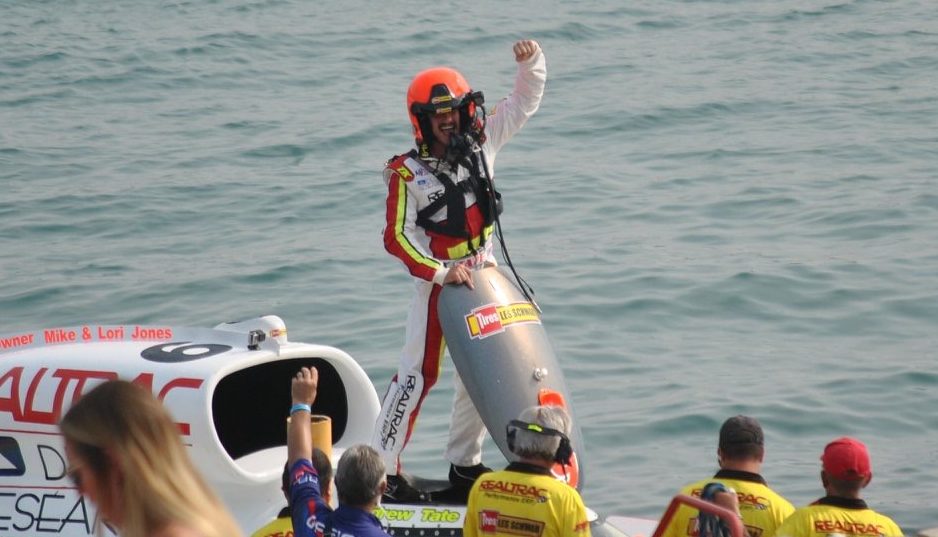 DETROIT, MICHIGAN (August 26, 2018) —- Andrew Tate won the APBA Gold Cup at the Spirit of Detroit Hydrofest, sponsored by the Metro Detroit Chevy Dealers.
A fleet of five H1 Unlimited hydroplanes battled for the coveted Gold Cup, the oldest active trophy in motor sports. The Walled Lake native emerged victorious in the U-9 Delta Realtrac at the 102nd running on the Detroit River;  Tate and his dad, Mark Tate, become the first father-son duo to win the prestigious award.
“The Gold Cup is the pinnacle of the sport, and to win it in my hometown in front of my friends and family is a dream realized,” the Canton native said. “To add my name alongside some of racing’s greatest competitors is an honor I don’t take for granted.”
For more information, visit DetroitBoatRaces.com.
###
← LOCAL KIDS TREATED TO FREE HYDROFEST WEEKEND WHITE HORSE INN FEATURED IN SEEN →